War has once again come to Europe. The tangible shock and horror is evident across the world. Writing but a few weeks after Russia invaded Ukraine, all major news outlet leads with updates, and almost every other news item is pushed well aside.

What ought followers of Jesus to make of this war, and war more generally? Specifically for the purpose of this article, how should Salvationists respond? Is it possible to love your enemy and kill them, as just war theory suggests, or is a pacifist approach a more faithful route for discipleship, where lethal violence is off the table? We have been here before, of course, and in order to answer this question, it will be important to briefly reflect on how our predecessors have responded.

END_OF_DOCUMENT_TOKEN_TO_BE_REPLACED

There is a scene in the Lion King where Rafiki finds Simba, who has ran away from his destiny to be King and is wandering around without too much direction. Rafiki confronts Simba with a question about who he is. Simba replies, ‘I thought I knew, but now I’m not so sure.’ According to Rafiki, the main reason for this is confusion about his identity. The moment where Simba recaptures his purpose and desire to become the rightful king is when he sees a vision of his father who tells him that he has forgotten who he is.

As the parents of five children under five between us, we’re used to spotting the profound in Kid’s TV and this short clip, we think, captures something deep for The Salvation Army today. Something else we have in common is that we are officers in The Salvation Army in the UK Territory, with a deep love of the Army and its history and a conviction to serve faithfully in its ranks in the present. We also have serious worries about the future of the Army as it faces the challenges of postmodern culture in the UK. These worries aren’t new and neither are questions about the Army’s identity; Commissioner Samuel Logan Brengle wrote, in 1930, that these particular questions are ‘as old as the Army itself’. Contemporary articles calling for greater passion for Christ and a renewed disposition for risk taking join in Brengle’s tradition. Despite some of the most incredible, faithful followers of Christ we have met still leading within the Army, ever-decreasing membership within the UK territory (and similar stories across the Western world), officer burnout/resignation and record lows of cadets indicate there are serious questions that need to be considered. We don’t claim to have all the answers, or even all of the questions, but will attempt in this blog to outline some of the reasons we think might be at the heart of losing much of our historical and spiritual zeal. 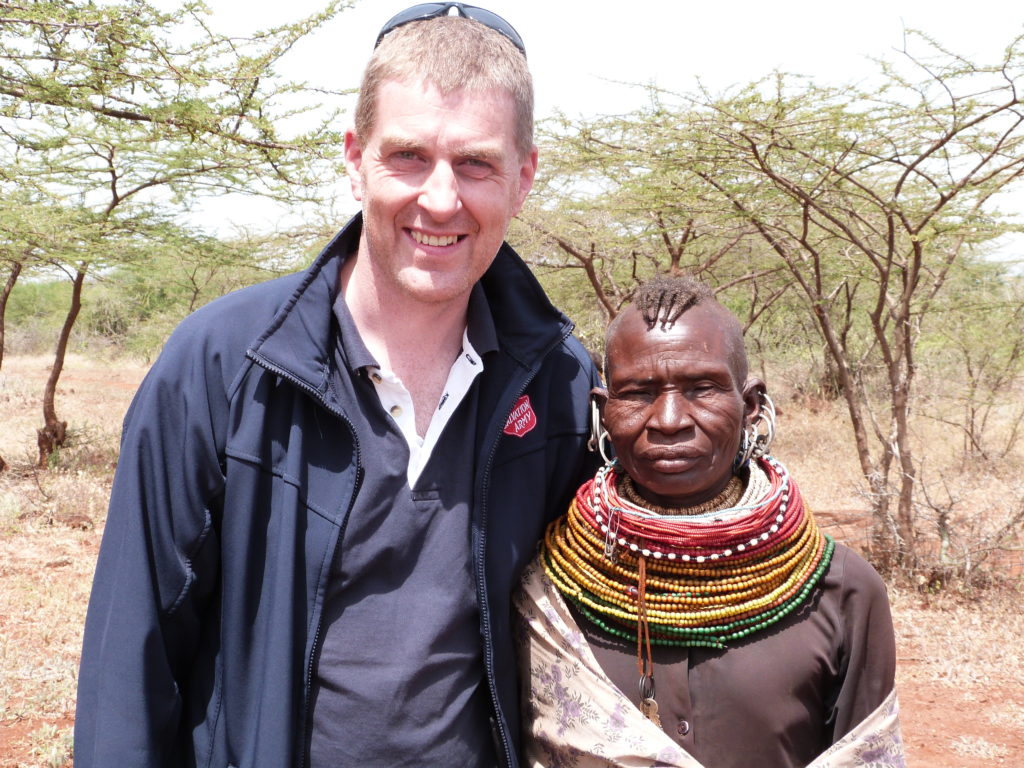 I know there is a much wider story here but it has always intrigued me why Amos chose water as a symbol of justice and righteousness. The back story to this commonly quoted verse in social justice spheres is quite clear but this reference is to water is fascinating. Israel appears to be a strong, prosperous people and doing all the things it is supposed to be doing, but God (and Amos) knows that this is just a big, fat front. Beneath the facade of their perceived faithfulness lays corruption, abuse, and greed. This brings wealth and power to some at the expense of others and this makes Amos really, really angry. He rebukes the Israelites strongly for their failure to keep the covenant, which is rooted in justice, and attacks their hypocrisy and their lack of compassion for others. And then he finishes his outburst by uniting justice and waters in the same sentence. They immediately become metaphorical and significant partners! END_OF_DOCUMENT_TOKEN_TO_BE_REPLACED 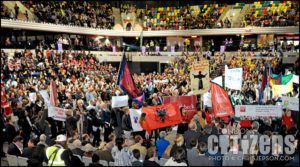 Last night saw around 6,000 people gather at the Copper Box arena in Olympic Park in Stratford for the Citizens UK London Mayoral Assembly. Front runners in the mayoral race Zac Goldsmith and Sadiq Khan were present and made encouraging commitments on housing, refugees and the Living Wage. The night also saw a fantastic presence of London Salvationists, with nearly 200 present from William Booth College and 10 London corps: Ilford, Stepney, Raynes Park, Southwark, Nunhead, Camberwell, Bromley, Wimbledon, Woodford and Mitcham. The College band played during the assembly and Captain John Clifton negotiated with Zac Goldsmith on his reaction to Citizens’ asks on Community Land Trusts. More information and reaction will be posted in the coming days, but we thought it would be good to simply share a small selection of the pictures from the assembly to remember a wonderful night: END_OF_DOCUMENT_TOKEN_TO_BE_REPLACED

On the world stage there are still millions of children who do not have access to education.  According to UNICEF’s website:  ‘Universal access to quality education is not a privilege – it is a basic human right.  There are over 59 million children of primary school-age, who are being denied their right to education’. (January 2016)

But is it enough to simply provide access to education?  Should there be a standard to the education provided?  And what should those standards be?

In the UK we exist in a society that is rich in information, you would think answering such a question would be easy.  After all we have OFSTED reports, school prospectuses, results and performance tables… the list goes on.  But is it enough to measure a good education in the form of reports and statistics alone? END_OF_DOCUMENT_TOKEN_TO_BE_REPLACED 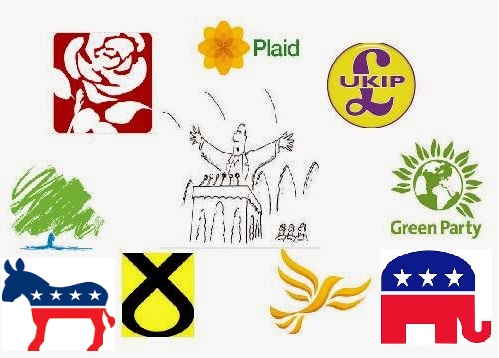 This was a post initially published about 18 months ago here. I thought I would re-publish it on matchfactory.org to raise the issue specifically in a Salvationist setting, and also because I have had some more thoughts since I wrote the original post.

The church’s relationship with politics has always been a tricky business. Many Christians simply disengage, thinking it has nothing to do with the spiritual task of the church and God in the world. I would argue strongly against this, with many others, suggesting the gospel is a significantly political proclamation as much as it is a ‘spiritual’ one (if indeed it is possible or helpful to separate the two).

But politics and party politics are subtly different things. Most Christians have opinions, however strong, on issues of defence, welfare, taxation, and if not those, certainly on same-sex marriage and abortion. These views will broadly put us in a traditionally viewed ‘camp’, be it ‘left’, ‘right’, ‘liberal’ etc.

For some, this is as far as it goes, but for others it will lead to allegiance to or even membership of a political party which, again broadly, encompasses these views we have on a variety of subjects. A party will have a set of concrete policies at any one time that supporters will (in theory) be endorsing. Clearly this is not always the case, but it does help differentiate between a political ideology (or set of values) and a party, the former concerning theory and the latter its application. END_OF_DOCUMENT_TOKEN_TO_BE_REPLACED 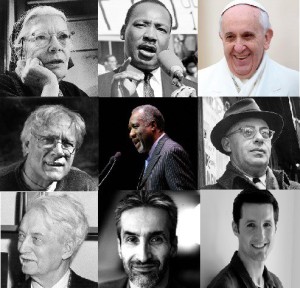 On a personal level I have learnt a huge amount both from reading the books and the discussion with other members of Citizens institutions at the different discussion groups. Three things in particular stand out to mention briefly: END_OF_DOCUMENT_TOKEN_TO_BE_REPLACED

Where in our society do you see, on a frequent basis, Christians, Jews, Muslims, agnostics and atheists, young and old, people from all different social backgrounds choosing to come together to share common experiences and desires, despite all our differences? The answer is somewhere on the narrow spectrum of rarely to never. In a world which appears increasingly divided and suspicious of those who are not like ‘us’, the significance of such events should not be underestimated.

On Wednesday night, the South London chapter of Citizens UK met for its Delegates Assembly at the Salvation Army training college in Denmark Hill to do just this, albeit on a larger scale than your average monthly meeting. Nearly 250 people were packed into the main meeting hall, representing the dozens of institutions that make up South London Citizens. Four Salvation Army institutions were represented: William Booth College along with Southwark, Camberwell and Nunhead corps – and Major Mark Rose, Business Services Director of WBC, welcomed all at the start and was part of the event organising team. END_OF_DOCUMENT_TOKEN_TO_BE_REPLACED

‘We get 30 or so on a Sunday, but back in the 70’s it would have been 300.’ Carl [not his real name] is telling me about the local working men’s club he has attended for decades just down the road from where we sit at a coffee morning in the church building where my wife Jenni and I have spent the last few months on our summer placement as part of our training to be Salvation Army officers. He has lived in the same house in West Leicester for 70 years and was an engineer and cleaner for most of his working life. He reflects that Leicester has a proud history of industry, particularly in shoe-making and hosiery, but like much of British industry, it declined in the decades after WWII. END_OF_DOCUMENT_TOKEN_TO_BE_REPLACED

It’s great when you get a good review. Even better when you get insights like these:
‘…justice seeking through community organising is part of the DNA of the Salvation Army. Indeed without such principles, being content simply with charity without justice, it is actually a betrayal of the founding principles of the Army and will result in detracting from its mission.’ END_OF_DOCUMENT_TOKEN_TO_BE_REPLACED