By Captain Will Pearson 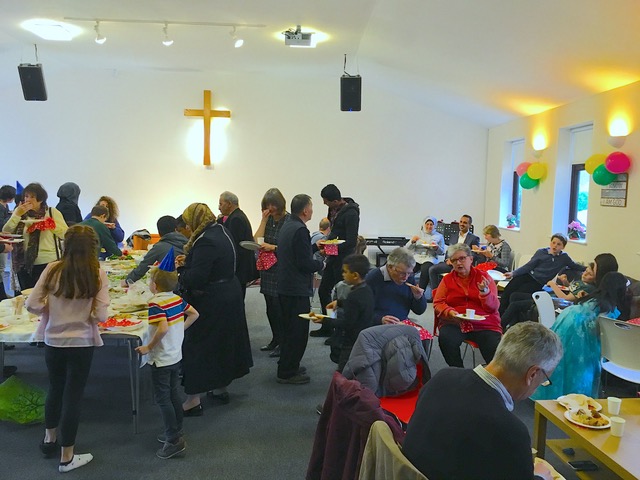 It was the photo of Alan Kurdi that was the tipping point.  How can one photo make such a difference?

We knew in our heads that thousands were dying, but little Alan forced us to pay attention to our hearts and to do something.  It wasn’t just numbers anymore, it was people, people like us, children like ours, desperate, afraid and dying every day.  We claimed to be a people of hope who believed in a better world.  We had to act.

So in September 2015, the Churches in Bicester called a meeting, and from that our refugee support group was formed.  We were starting from a good place, the local churches had a history of working closely together.  All the church leaders (Pentecostal, Anglican, Independent, Catholic and more) met together every week for breakfast and prayer.  That’s right, every week.  I wasn’t too sure about that either, until I experienced the friendly and like-minded support and powerful spirit-driven prayer.  This laid a strong foundation for what was to come.

Our relationship with the council was critical too.  A mutual respect that had been built over the years, meeting by meeting, event by event, one conversation at a time.  We knew the employees and officers who had responsibility in this area and we were used to working together.  We also knew our local councillors and they knew us.  They had visited our programmes and we had worked with them on various issues around the town.

So we had the foundations in place that enabled us to get to work.  It wouldn’t have been impossible without these things, but these were force-multipliers, making us more effective and capable of bringing change. 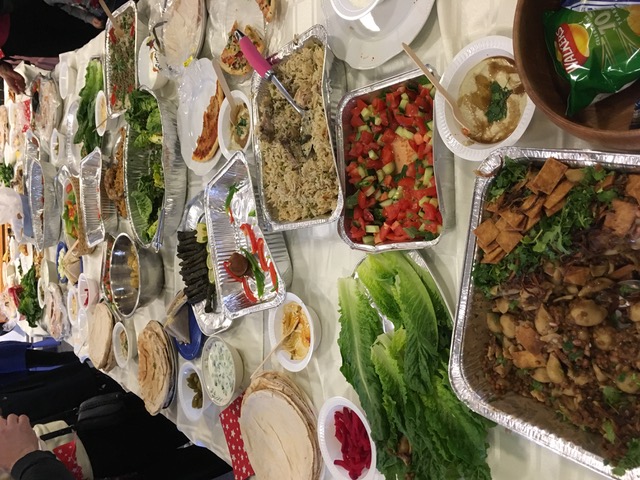 Over the next two years we pushed our agenda.  The team (from the different churches) put their time into research and networking to let us speak with authority.  Public meetings showed the councillors that there was a strength of feeling locally that supported the resettlement of refugees.  A petition to the council kept the momentum building and caught the eye of the local media.  This gained the attention of the whole council and set out the ask clearly.

Throughout all this, we struck an careful balance between being forceful and persuasive on the one hand, and friendly and collaborative on the other.  We were both demanding, exercising our democratic rights, and servant-hearted and pro-active in finding ways to help the council.

So in February 2017 the council agreed to resettle six families under the Syrian Vulnerable Persons Resettlement Scheme.  We set up a volunteer skills bank, so we knew who was willing to do what.  We reached out to local landlords, finding several in our local churches who would rent to a refugee family at an affordable rent.  We were finding assets that the council couldn’t otherwise access.

Accommodation was still the limiting factor.  How could we find more affordable rented housing in a commuter town for both London and Oxford?  ‘How about we buy a house?’ someone suggested.  Too difficult?  Too expensive?  Too complicated?  This called for some Salvation Army spirit – doing whatever it takes and believing all things are possible!

So we found an organisation called ‘Hope into Action’.  They provided the know-how.  We found 27 church families willing to put their savings to work.  They get a 2% return (better than the bank) and we could buy our house.  A short while later, family number six were on the way. 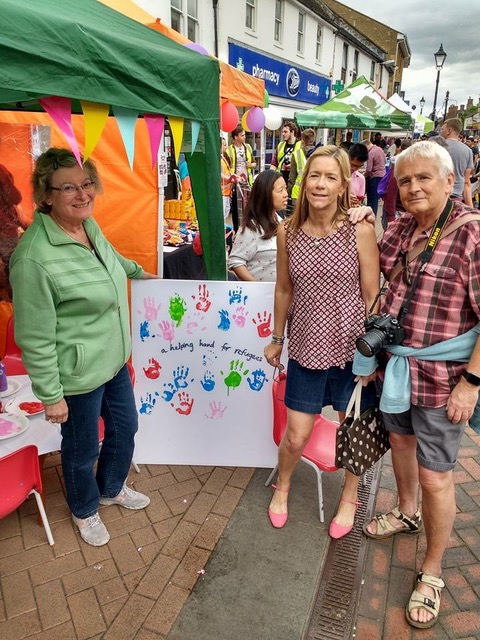 In actual fact, the whole thing was a win-win situation for the council.  It was fully funded, possibly even profit making.  And now the hard work had been done, why stop at six?

We pushed again for our initial plea – 12 families by 2020.  This time it was easy, the councillors spoke passionately in the chamber, they wanted to join in, they wanted to make a difference.

In April 2018 they announced their decision.  Now it was time for a real party!  A hall full of people, fantastic Syrian food, prayers offered, speeches made, kids playing games, swapping stories and helping their new friends settle in.  It was a beautiful picture of hospitality, joy and thanksgiving.

There’s still more to do.  There’ll be another six families to welcome, six more houses to furnish.  There’s a picnic in the planning and we’re getting ready for when the commissioned support services back off and the money runs out.  But we have strong relationships, a taste of success and hope for the future.

It’s been a wonderful journey with many glimpses of the Kingdom of God breaking in.  We hope and pray that our new friends can now feel safe, secure and loved as they build their new life here in Bicester. 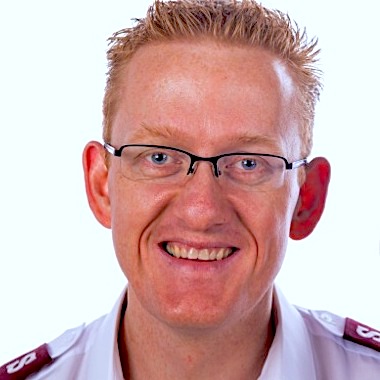 Will Pearson is the commanding officer of Bicester Corps, with his wife Debbie.  Will is also a GP at a local health centre and has a special interest in homelessness and addiction.  He is inspired by the old stories of Salvationism at its best, particularly fighting for the wellbeing of others, serving the poor, integrated mission and a willingness to do whatever it takes.