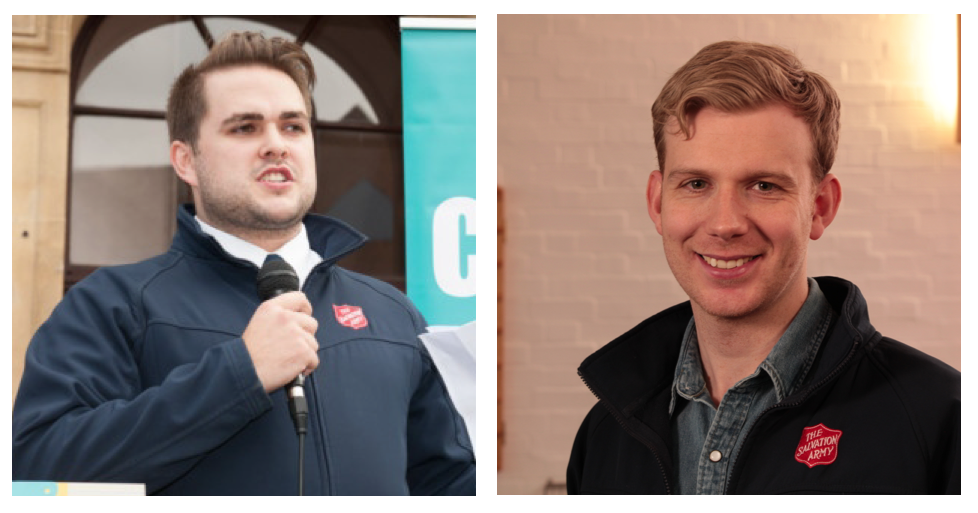 People become Salvation Army Officers for different reasons. For some, it’s because God wrote it for them in the sky. For others, it’s because they were inspired by other officers, often parents making a difference in the world. For others again, it’s because something finally gave way after fifteen years of running from the call whilst others took heed of these all too common Jonah-like testimonies and said ‘yes’ in a heartbeat!

But it’s rumoured that this September’s intake of Cadets (trainee Salvation Army Officers) will be particularly low, possibly the lowest ever.

A simple comparison shows that in 1990 there were 1,793 UK active officers, in 2000 there were 1,539 and the most recent stats for 2017 show there are 1,042. The following table shows the rate of decline in cadets being even steeper in proportion to the astonishing decline in our soldiership membership.

With more people retiring than being commissioned there will of course be implications; officers running multiple corps/centres, retired officers being called on to undertake active appointments, corps/centres un-officered, crucial roles in departments and other jobs led by people who may not even be Salvationists or Christian to name but a few.

How has it come to this?

Salvation Army officers are afforded the wonderful privilege to be released from secular employment to focus on leading the mission of The Salvation Army. However, when officership was instituted in Victorian Britain it was the norm for people to stay in their job for the entirety of their working lives. Today, “job hopping” and having numerous careers[1] in a working life are now the norm although this trend has apparently slowed since the financial crisis[2].

Furthermore, as the membership of the Army increasingly leaves ‘darkest England’[3] well behind and joins the swelling middle-classes, home ownership, often changing jobs and settling down has become the norm. The idea of committing to one vocation and being told where in the world to live does not fit comfortably into this norm. At the same time our multi-cultural diversity has not been reflected in the cadets at training college.

So, is officership out-of-date?

Well, it has rightly become recognised as being one option in a marketplace of vocational choices. Another healthy development is that it no longer receives higher kudos than other vocational choices. It seems also that there are good numbers of people who are deeply committed to the mission of the Army who are seeking out opportunities as full-time employees, with specialist niche roles, as opposed to generalist ministries. There is generally a healthy understanding of the ‘priesthood of all believers’ in The Army. We know about the immediacy of God’s grace and that its not the role of an Officer to administer salvation. However, sometimes we forget that we still require people to fulfil particular functions in the life of the Church. We still need people set apart for the task and vocation of leadership. It’s important to celebrate all avenues of leadership, including Officership.

How we hold these trends in tension with the need to develop leaders of our mission is a challenge. It is really positive that non-officers are released into pioneering ministries and specialist roles, but not every corps can produce capable local leaders at a given point in time and will need officers. So, has God stopped calling people? If yes, what does this mean for us? If not, why are numbers so low?

Are people saying “no” or ignoring their call to serve as officers? The reasons for this we believe are many: waiting for a spouse to ‘get the call’; being put off by bad officers; confusion over what constitutes ‘calling’; being hurt or seeing others handled badly by the Army; feeling inadequate as a leader; theological and faith issues; a reluctance to lose their autonomy; a sense that the ship is sinking so better to find a new sea worthy ship outside of the Army. We could go on.

Now we’re not suggesting that every person with a hint of leadership skills, social competence and desire to serve God should necessarily be an officer. After all, we need local leaders. But we’ve met too many people over the years who are called but don’t take the next step.

Between us, we have nine years experience as Officers. This is more than some, less than others. For our generation, that’s quite a long time in any job. What we have seen tells us that God has more to do with our Army. We’ve seen families come to know Jesus. We’ve seen people arrive as refugees from warzones and receive a warm welcome in our churches. We’ve got to know people on first-name terms, from those sleeping rough on park benches to those sat making laws on parliament benches. Every day, we get to care for the poor, feed the hungry, clothe the naked, love the unlovable, and befriend those who have no friends.

We’d love for every Salvationist (and every Christian?) to ask themselves whether God is calling them to be a Salvation Army Officer. We are convinced if people opened their heart, then more people might make the seemingly outrageous decision to offer themselves.

Why not you!? Most leaders in The Bible had something wrong with them to start with – murderers, liars, cheats, the mute, the comfortable, the not so special – you name it they’re all in there.

Leading won’t be easy. That doesn’t get you off the hook, it’s just something you need to expect. The opposition and challenges are inevitable, but they’re never unbeatable.

Tony Blair once wrote that the Labour party created a situation for itself where ‘normal’ people felt inclined to walk away, leaving the manically ambitious and the weird in their stead (now it’s also been said that no-one sane every changed the world!). But it is just so important that this generation brings through obedient, capable and teachable leaders (amongst other things) who continue their adventure in the Army for God’s kingdom.

God has not stopped calling and the need is as greater if not greater than ever before.

So why not you, why not now?

[1] Research by Lifelong Learning and Linkedin outline the trend of job hopping.

[3] William Booth wrote ’Darkest England and the Way Out’ in 1890, a vision of Booth to transform society.

28 thoughts on “Salvation Army Officership: why no one wants our job”