We’re delighted to announce that Marching Towards Justice (Marchando Hacia La Justicia) is now available in Spanish. It can be downloaded for free here on The Centre of Theology and Community website. Thanks to our friends in The Salvation Army USA Eastern territory for their support! 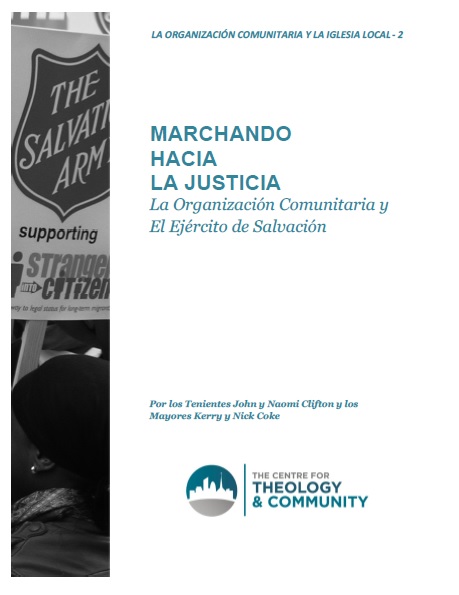 20 years ago there was an organiser called Neil Jameson, who had to have as many one to one face to face meetings as possible in East London. There was no hidden agenda this disciple of Civil Society and Democracy was carrying with him. He was all about getting the East End organised. “Organising was what East London needed most in those days as it does need it now” says Bishop Paul McAleenan, who was a local priest at St. Scholastica’s in Clapton 20 years ago and now the Bishop of the Diocese of Westminster. Bishop Paul was there 20 years ago at the founding assembly and he has once again come back to join the 1000 strong delegates to celebrate the 20th year anniversary of The East London Citizens Organisation (TELCO).”

From marching with thousands of locals through the streets of the east end, pressing for the dignity of a Living Wage, to pioneering genuinely affordable  housing via Community Land Trusts, TELCO has driven change nationwide. The model of community organising established by Telco, has been replicated throughout the UK, under the umbrella of the Citizens UK network.

“TELCO brought together across east London, a wide and diverse grouping of congregations, schools, community groups, and local associations by reviving the tradition of community organising in the East End. This formed a new civic organisation that encouraged members to act as one on the issues and concerns they shared.  One of the most pressing issues was the low pay of many local people who, although working full time, were trapped in poverty and poor housing. Their wages made it impossible to make ends meet. Poor housing too was and continues to be an issue around which diverse community and religious leaders feel able to organise together, with a shared vision for better provision.”

The efficacy of the organising is evident through TELCO’s shaping of London 2012 into the ‘First ethical Living Wage Olympics’. Their pursuit of ‘dignity through a Living Wage’ since 2001 has now spawned 3,000 accredited Living Wage employers, lifting more than 150,000 people out of poverty.

TELCO continues today supporting local communities and refugee families, and urging London’s wealthy football clubs to pay all staff the Living Wage. Its dogged pursuit of land for housing, and its use of innovative models to help accommodate lower paid Londoners, is bearing fruit through the Community Land Trust initiatives which are now spreading throughout the capital and elsewhere.

“In 2004, our members backed the bid for London 2012 on condition that it delivered a true legacy for the people of east London. Our demands ranged from paying everyone a London Living Wage to including a genuinely affordable housing legacy through the pilot Community Land Trust at St. Clements.

“TELCO’s legacy is one of local people coming together to make a difference in some of the most deprived areas of the city and winning change despite the odds, to create the change they wanted to see.”

Fr Michael Copps, priest at St Francis Church, has been part of the campaign since 2004. His Parish is barely a mile from the first Olympic development at Chobham Manor. He is now pushing to get started on a bigger Community Land Trust project on the East Wick and Sweetwater development.  He said:

“We were asked to forgo CLT homes on Chobham Manor so we’re very pleased that the London Legacy Development Company have included a requirement that at least 20 homes on the Eastwick and Sweetwater neighbourhood should be CLT homes. Nevertheless, TELCO will continue to push for the first 100 CLT homes, as originally agreed by the Olympic authorities.”

CLT homes were once again at the forefront of the agenda at York Hall, where 1,000 delegates gathered for TELCO’s 20th Anniversary Assembly.

Keep an eye out for a more detailed report of the assembly, which will be shared in the next couple of days! 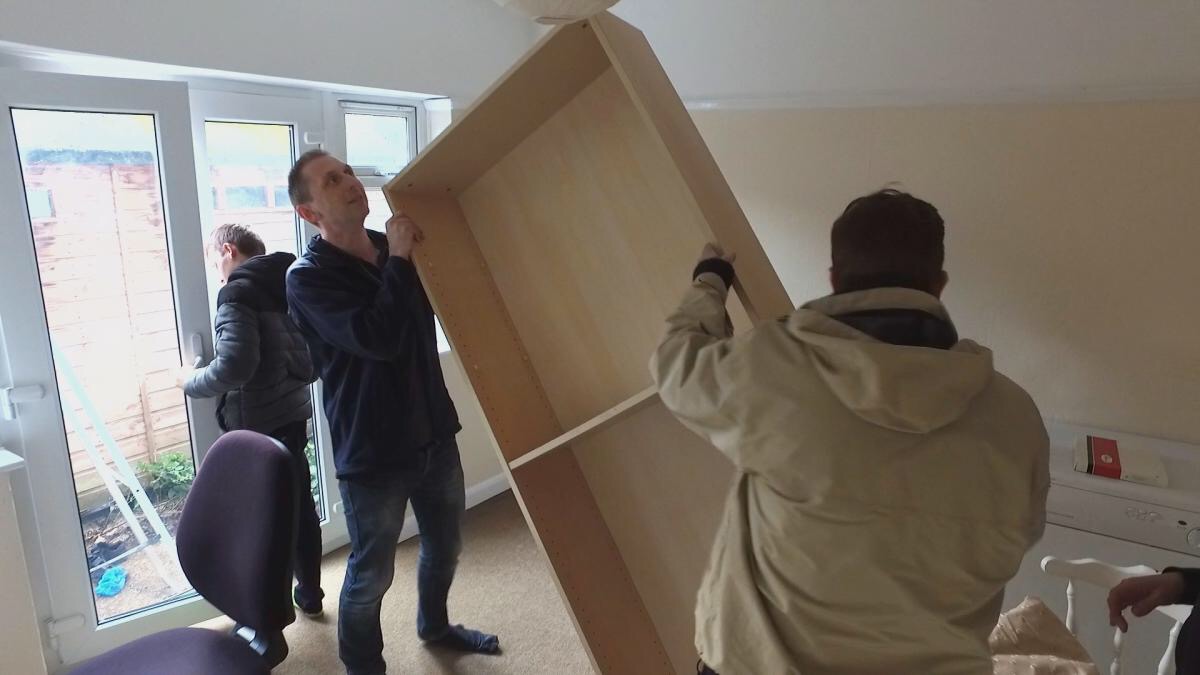