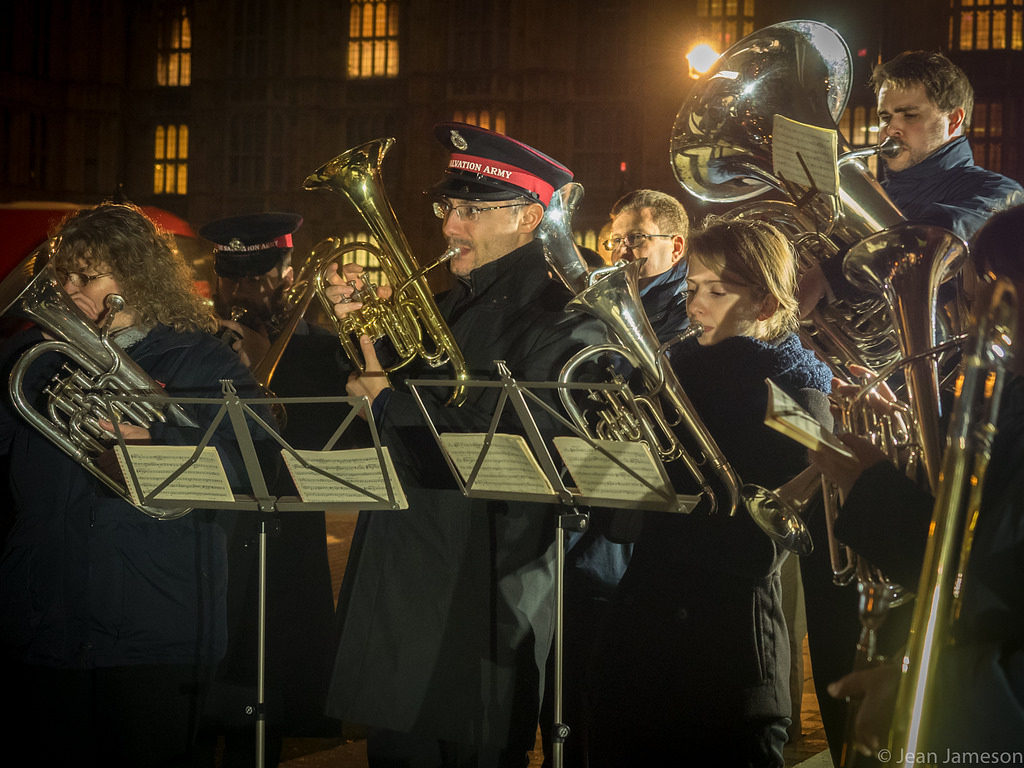 Look at this photo. What do you see? It’s a typical Christmas scene – The Salvation Army band out carolling. ‘It’s not Christmas until I’ve heard the Salvation Army band’, I can almost hear someone say. It looks a little chilly but even from this distance I can sense that warm, fuzzy feeling inside as the music rises and falls in my imagination. Strangely comforting, hopeful, beautiful.

Now take another look, but let’s turn the photo around. Same band, different perspective. This is not your usual carolling gig. This is a band playing carols for justice outside the Houses of Parliament. On this night they played for unaccompanied refugee children who remain stranded far from home. 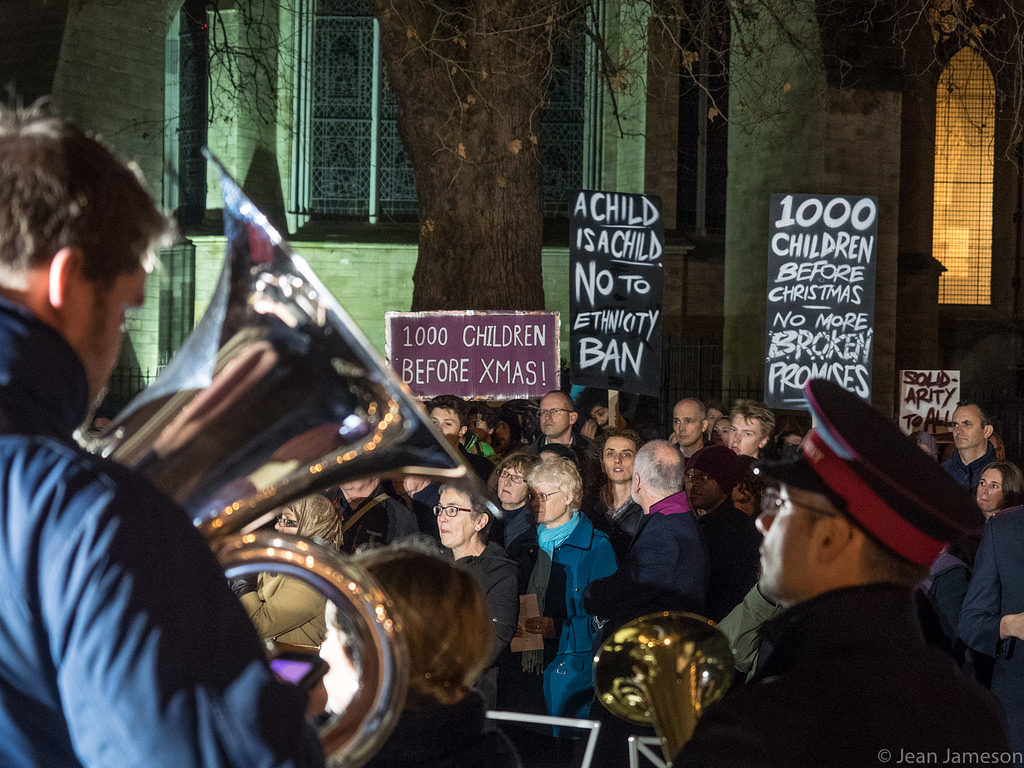 Standing nearby as the band played, I sensed the power of the Christmas story confronting a dark world in which children flee war and poverty only to be turned away. Together with 400 others from a wide spectrum of faith and civil society organizations we called on Home Secretary, Amber Rudd, to ensure Britain plays its part in welcoming 1000 children to our shores. This year we’re up to 800, but surely we can make room for a few more this Christmas. There is room in the inn! There are those ready and willing to give shelter and a warm welcome.

Together we sang a few especially adapted carols, accompanied by the band. New words to favourite tunes – here’s one:

‘In the bleak midwinter
Far away from home;
Children sleep as refugees
Scared and alone;
Snow is falling, snow on snow
In the bleak mid-winter
Not that long ago.

The streets they cannot hold them
Nor makeshift camps sustain;
The fear is that they’ll flee away
While confusion reigns:
In this bleak mid-winter
No stable place will do
Each child needs a place of rest,
Just like me and you.

Here’s a thought. Why not use these words at a carol service this Sunday? And as you do, consider what you can do to help unaccompanied refugee children. Restart The Rescue Christmas Carols can be downloaded by clicking the link and a petition signed here.