A few weeks ago, London Citizens organised the Mayoral Assembly at the Copper Box. The aim was to gather 6000 citizens to build good relationships with the candidates, thus the possible future mayor, and to ask them to take commitment to work with us. Both candidates answered positively to several of our requests. And this event was not the end, but just the beginning.

Now that Sadiq Khan has been elected as mayor, the main challenge  is to start working with him and to build good relationships, characterised by accountability. This is why London Citizens decided to welcome the new Mayor and his staff, with breakfast, on his first day to work at the London City Hall!

Leaders began to gather before 8am on Monday 9th May on the Queen’s Walk and during the morning, they were about 200 hundred.

During more than one hour, croissants and a thank-you card were offered to everyone to the GLA staff entering the building.

Before the mayor arrived, Bishop Peter thanked people for coming, explained who London Citizens was and gave a few precisions: the citizens gathered were not there to ask questions to the mayor or to protest, the aim of the morning was just to be present there and to be welcoming. 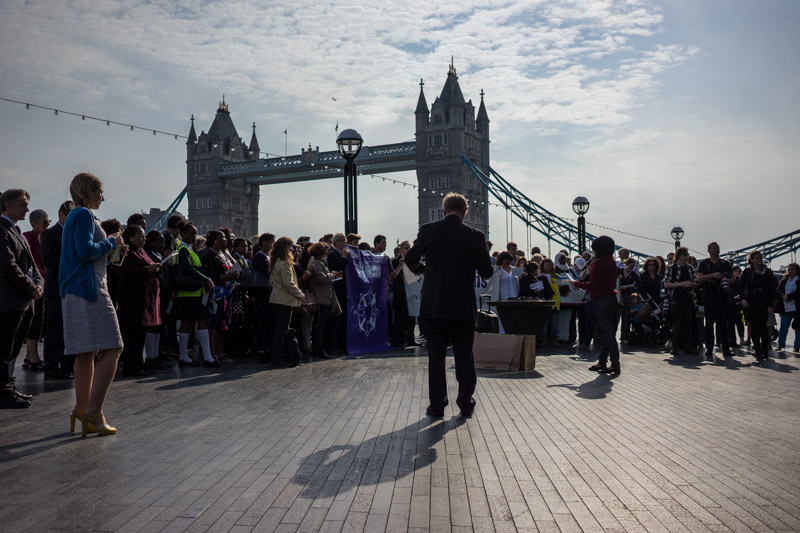 Some people, including the young leader Zkira and Lieutenant John, reminded us of the commitments made at the Copper box by Sadiq Khan.

Around 9am, surrounded by the press, Sadiq Khan arrived, received (or gave?) a big hug from Mother Joyce, thanked all citizens present and also said “You’ve kept your promise to bring me breakfast. I’ll keep the promises I made to you“. He also received his gift prepared earlier: a framed picture of him at the Copper Box. A lot of selfies were taken at that moment. 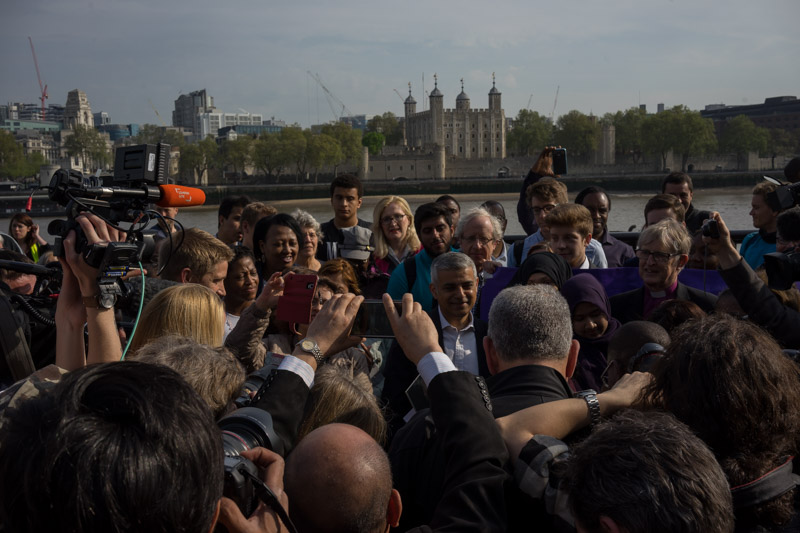 After he entered the building, some 121 (short relational meetings) were engaged by leaders to share the local actions and to discuss the way forward for each citizen group in London. A few of those action plans were shared to the whole group.

After the action, as always with Citizens, the evaluation was made to be able to reflect, share the feeling, outline what went well and what could be improved.

It was the fourth action of Citizens I was a part of and I’m thrilled to see The Salvation Army involved in the midst of all these institutions of different faiths, different backgrounds, doing politics as it should be.

2 thoughts on “This was not the end, but just the beginning”