We all love a bit of Salvation Army history don’t we? When I was doing some research for the first chapter of ‘Marching Towards Justice’ I learnt a few details about Salvation Army justice-seeking I hadn’t known – you’ll have to read it to see what I found out! More recently I received a short book in the post from my brother-in-law entitled ‘Social Evils The Army Has Challenged’. Written by S Carvosso Gauntlett in 1946, it tells seven stories of how The Salvation Army went about challenging the status quo and bringing about social change. The writer takes us from Britain to Japan, India and French Guiana covering a period from 1880-1933. This blog is too short to share everything but what comes across throughout is the role risk-taking plays in order to bring change.

In the foreword, General Carpenter, writes: 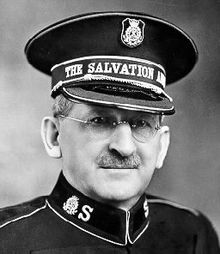 ‘William Booth was by no means opposed to, in fact welcomed, the plans for social improvement based on Education, Trade Unions, Co-operation, Socialism and so on; in fact, almost anything short of violent revolution.’

Seems to me that back in the day our forebears didn’t see the possibility of social change as a mere hope or dream but rather a reality that was eminently possible with the right approach. There was a confidence that came with personal conviction, spiritual power and a collective commitment to the cause. It also appears that because of this, taking risks was simply a natural part of the process required to achieve just and righteous ends.

Take the ‘Maiden Tribute’ Campaign, for example, or as it was known in the 1880s – The Purity Agitation (I love that!). This was the fight to force the British government to raise the age of sexual consent as a protection for trafficked and abused children. Bramwell and Florence Booth who spear-headed the campaign did so from the grassroots. Twenty-three year old Florence, the pioneer leader of women’s social services, was so outraged by the stories she heard at the home for rescued women in Whitechapel that she encouraged her husband to go and find out for himself what was happening. So, the chief of staff, took to wandering in certain neighbourhoods in disguise ‘wading’ as he put it ‘through a sea of sin and defilement’. At the end of his listening campaign he concluded:

‘No matter what the consequences might be, I would do all I could to stop those abominations, to rouse public opinion, to agitate for an improvement of the law.’ 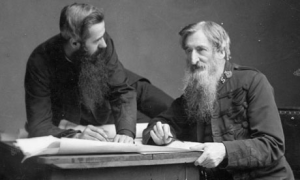 He was as good as his word. The remarkable campaign that followed with help from reformer Josephine Butler, journalist W T Stead and Salvationists up and down the land brought about a change in the law. The campaign involved the publishing of shocking stories in the press, a 2 mile long petition delivered to the door of parliament and the buying of a child. Yes, that’s buying a child – to prove it could be done in London for £5. The result of that action was a date in court for Bramwell. After a 12 day trial that held the attention of the country, he was acquitted, although Stead was jailed for 3 months. At the time many feared it would be the end of The Salvation Army with the Founder’s Son and Chief of Staff in the dock of the Central Criminal Court. And yet as Bramwell later reflected when General:

‘The trial did the Army a great deal of good. It made us known, and put us at one stroke in the very front rank of those who were contending for the better treatment of the lost and the poor… Our work for women was greatly furthered… We knew…. that the Queen followed the proceedings with great concern and sympathy. The case opened doors for us also in the overseas dominions and in the US.’

All this makes me wonder what place risk-taking has in our cause of justice-seeking today? A risk-averse culture will help us to maintain the status-quo and keep our friends happy but it won’t bring about change. It occurs to me that we have as much to lose by not taking risks as we do by taking them. When we stay silent on an issue that we really should be speaking up about then we become complicit with the wrong itself. That may not damage our brand but I wonder what it does to our souls? I want to admit here to longing for some of that confidence from the early days – a confidence in the spiritual power to overcome ‘social evils’ of our time, to ‘stop abominations, to rouse public opinion, and to agitate for an improvement of the law.’ Lord, give us a vision for your kingdom here on earth, motivate us to action and remove our fear. Amen.